skip to main | skip to sidebar

The Grass is Always Greener...

I'm sitting here in my sun room looking out at my lawn where dandelions are doing their usual annoying thing of taking over the entire lawn...typical. The lilac bushes are leaving a sweet aroma in the air and the cherry tree is ready to blossom!It feels so wonderful to be home to be able to see this beauty once again. A beauty that perhaps I had taken for granted for a good majority of my life.

I can remember singing in a little show back in college with my friend Nicole. We sang the song, "The Grass is Always Greener" which depicts two different people's perspectives on life. They each are discontent in where they are at. They look at the other person's life and think how much better it is...hence, the grass is always greener on the other side.

I don't want to be that discontent ever. Thinking that what I have is nothing compared to what others have...whether that be others having more or less than what I have. The grass is green right where I'm at...and that's something that I need to remember.
Posted by Heidi at 12:13 PM 1 comment:

The Words I Would Say...

To be honest, I've been in quite the funk lately. I haven't felt like myself and others have taken notice of it. I've spent a lot of time at home, rather than getting out which is my normal response to the day. I guess you could say that I'm a hermit...

I met with my pastor last week to discuss a few of the happenings that have been going on in my life lately...it basically started when I injured my ankle and couldn't go to LA...since then, I have let one thing after another affect me negatively and take ahold of who I am...and that again, is not my typical response.

We spoke of being in this place (Houlton, Maine) for such a time as this...that I am here to grow and that my pastor firmly believes that. I found that odd to hear as I expected to be anywhere but in Houlton, Maine living with my parents, but he said that he went through a similar experience at the age of 27 and that it was the biggest growing time that he had had with God...so I'm expecting great things!

I'm seeking after truth...and that's something that I'm thankful I haven't stopped doing. I have come across more Scripture revealing listening to truth than I have before...another piece of Scripture is in John where Jesus calls the disciples. He doesn't say, "Now, go do this, be concerned with that, and then come to me." Instead He gives clear instruction to, "Just follow me."

That is what I am yearning to do. Regardless of if I have to work a job that I would despise...or stay in Houlton where I never thought I would end up...God has me..and He has a plan even if I can't see it yet and that is the truth that I am clinging too.

As I was driving to work today, I heard a song called "The Words I would Say" by Sidewalk Prophets. I have never heard this song before, but it spoke volumes about what I am going through right now...

Take a listen...
http://www.youtube.com/watch?v=thLdWPr32yY
Posted by Heidi at 8:16 AM No comments:

I was working one on one with one of my students this morning and he said something hilarious and I had to share it.

Me- "I hate my stomach...it's constantly hurting. I need a new one."

Student- "How are you going to do that? Get a pig's one?"

Me and Student- Burst out laughing...

When My Life Gets Tossed-Turned Upside Down... 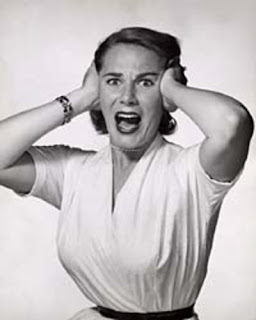 Time to Freak Out!
I found out a week ago that I do not have a job come the end of June...so in a little over a month...I will be without a "plan." At least I will be without my plan. I know that He has a plan...it's just a bit overwhelming to all of a sudden not have one...not sure what the next month will hold...not working with my students again...not sure where I'll live...knowing that He has a plan does bring comfort, but I have a difficult time giving over all of my worry to Him. 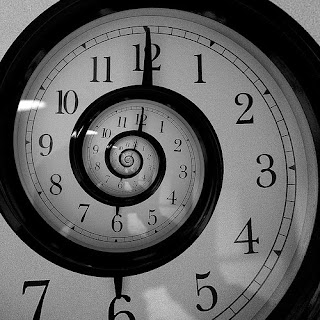 I have been doing a lot of thinking about the concept of time lately...thinking how I usually have two perspectives on it...either I am thinking, "I've got too much time on my hands and could be doing tons of different things with my time..." or..."There's never enough time."

Upon looking up the word "time" on google, over 3 billion results showed up...typing it into youtube...over 400,000 showed up...and in biblegateway.com, 889 results. I'd say that as a society we think of "time" as quite important.

I've been wrestling with this concept for a little while now. I feel as though we, as humans, try to "play God" when it comes to the time that we have.

We think that we have all the time in the world to go where we want, do what we want, and be who we want...but God's design, I feel, is much bigger than we can even possibly imagine. We change things from God's timing and try to make them our own...and if we do that, it generally goes to custard.

I had a conversation with someone the other day about when doctors put a timeline on our lives...we're sick, so we "only have a year" left...I don't believe that...some have longer, or some have shorter. Who am I to decide the time of someone's life? Rather than choosing to live in fear of not having enough time, shouldn't we be more focused on the time that has been given to us where we are and who we are with? 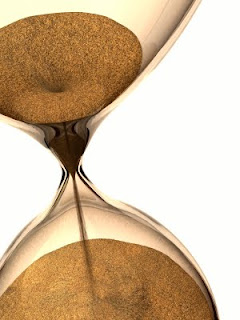 I'm such a person of deadlines.

I can remember being in college and planning my homework/quizzes/tests based on their due dates. I would sit down with a posterboard and make a calendar and put my due dates a week ahead of when they were actually due...that way, I would have more than enough time to complete the task at hand. Then I could also go back and look at my work and make changes if I needed/wanted to.

Everything is a timeline...our jobs, vacations, sports, leisure time,church, classes...When it comes to deadlines, we generally countdown because we want that deadline to come...so that we can finally be finished with a certain project. However, there's another way of looking at it...
timeframes... 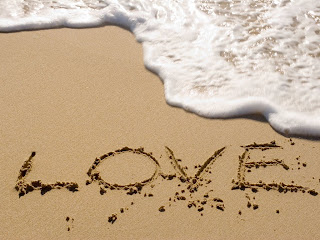 "God is awfully good at getting us where He wants us to go. But here's the catch: The right place often seems like the wrong place, and the right time often seems like wrong time."
I can honestly say that this is exactly how I have been feeling as of late. Not being able to go to LA to serve God in a different capacity...and having to sit for hours a day with my foot up so that it doesn't swell to be the size of a grapefruit...having my ankle be different shades of the rainbow (roygbiv)...and not fully understanding why I am where I am for such a time as this.

My best friend and I have been reading "In a Pit with a Lion on a Snowy Day" lately and he pointed this quote out to me the other day. How perfect...this describes my life at this moment. I know that God has a purpose in everything...but what's the purpose in me sitting at home...is it that I needed to rest because I'm always going here, there, and everywhere? Is it that I'm supposed to gain strength in my ankles?

I find it interesting the lyrics, "I wanna be Your hands...I wanna be Your feet. I'll go where You send me..." Well, that's the cry of my heart. I want so desperately to be His hands and feet...so perhaps my feet just needed strengthening...or maybe my family needed me to be home...I really don't know.

I'm trying to think about how I can honor God where I'm at...in Houlton, Maine...how can I honor Him through this trial? So frustrating...but still seeking.
Posted by Heidi at 4:28 PM No comments:

I thought that at this moment I would be in a fifteen passenger van heading to Portland, Maine for the evening...and then flying to Los Angeles, California tomorrow morning at 5:40...grossly early, I know.Instead I am sitting in my living room with my left leg up on three pillows, wrapped in an ace bandage, tylenol/ibuprofen by my side, people waiting on me hand and foot, and ice on top of and underneath my ankle.
Yesterday was the third Saturday of the month, which means that people meet at the church to go out on Adopt a Block...where we go around to help those in need and also act as a blessing for those who may not be so "in need." Well, me being my usual graceful self, started to walk toward my dad's vehicle to drop off my mug of coffee and I saw a curb...I thought, "hmm...let's try balancing on that!" It was higher up than most curbs, so I knew it would be a challenge. I'm stupid.
I started to walk on it and it wasn't long before I was on the ground screaming at the top of my lungs in pain...not fully understanding the damage and consequences that were about to come. They called the ambulance and my dad held my ankle, not knowing if it was broken or sprained badly. All I could say was, "I'm so sorry. I can't go to LA." I was gutted as LA was going to be a continuing training in how to better the adopt a block ministry in my town.
The paramedics were great and I rode in an ambulance for the first time while people stood outside my church waving. My dad was stoked that he got to ride shotgun...he would be!
I had four x-rays, an ID bracelet (you know you've done something bad when...), and I awaited the doctor's word. Thankfully it wasn't broken...but man that stupid ankle was huge...about the size of a tennis ball on my left foot. I got a walking boot, ace bandage, and crutches, which thankfully I've become a pro at using because of previous injuries.
I was faced with the decision to go to LA or not...and through much prayer and a heavy heart, we realized that in reality I wouldn't be able to go and be effective in climbing up flights of stairs and doing the ministries which require walking everywhere that you go...I am gutted.
My eyes were swollen when I woke up this morning due to the amount of tears shed. All I wanted was to do this ministry...have this opportunity...serve God in a different way...and I was being obedient...
I've been faithfully praying Philippians 3:10 lately which roughly says I want to know Christ and the power of His resurrection...through suffering, even unto His death.
Little did I know what my suffering would look like.
Some people would get angry at God...after raising support and being so excited about this...and then BAM...not being able to go...but I don't look at it as that. Yes, I'm clearly upset, but there's a purpose in this...you can't rush God's timing...His is perfect. I'm resting in that thought along with knowing that this is for a reason...one that I'm not sure of yet, but in His time, I will know.
Be blessed and be a blessing.
Posted by Heidi at 3:17 PM No comments:

Heidi
Follow along as I journey to different parts of the world...to serve God and to bring hope to the hopeless.